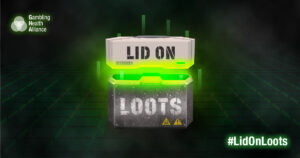 Citizens Advice Dudley Borough continues to support the Gambling Health Alliance (GHA) by providing advice on the potential harms of loot boxes – particularly the affects it may have on young people’s mental health, wellbeing and finances.

The GHA is launching #LidOnLoots – a campaign calling for paid-for loot boxes to be classed as a form of gambling and banned from video games played by under 18s.

New research with young gamers revealed that the vast majority (91%) view buying a loot box as a form of gambling. Current legislation does not class loot boxes as gambling because the items won cannot be ‘cashed out’. However, a survey found that one in ten gamers ‘always’ or ‘often’ sell the item won in a loot box for money, making this activity gambling according to legislation, as the prize results in money.

The survey also found that:
• One third (34%) said that games rarely make it clear from the start they feature loot boxes that have to be paid for
• Two in five (41%) think spending money on a loot box when under 18 would make them more likely to gamble when older
• Three quarters (75%) feel that buying a loot box is bad for their health, citing feelings of addiction, regret and anger when purchasing loot boxes
• Almost half (48%) try to hide how much time or money they spend on games;
• Three quarters (76%) thought that loot boxes should be illegal for under 18s to buy.

“I see online gaming as a brilliant way for my kids to keep in touch with their friends, especially during lockdown. I knew about FIFA ‘packs’ but I hadn’t realised the potential for these loot boxes to become addictive. I’ve discussed gambling with my son now, and I think it’s important that all parents have this conversation with their kids.”